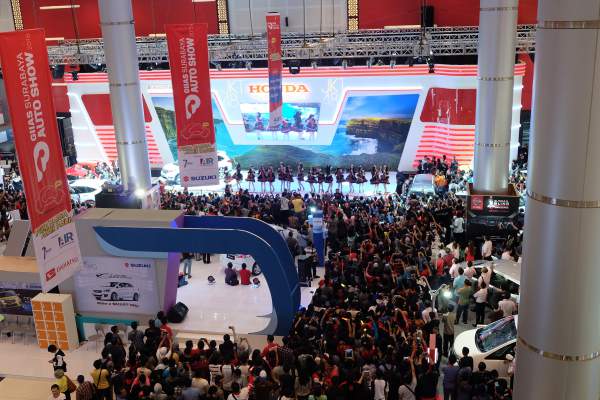 JAKARTA— The Association of Indonesia Automotive Industry (GAIKINDO) opted Makassar City (South Sulawesi) to start the series of car exhibition GAIKINDO Indonesia International Auto Show (GIIAS) 2016. The kick-off in Makassar will be made on 18 May through 22 May 2016, bringing a new concept in a new venue.

Mr Kukuh Kumara, Secretary General of GAIKINDO, said in mid April 2016 in Jakarta that Makassar locals’ enthusiasm in welcoming last year’s GIIAS has become a measure for GAIKINDO to start the car exhibition this year in the city. Makassar is the largest city in the eastern part of Indonesia. It has an ever-growing potential, where transportation becomes an important aspect.

South Sulawesi Province nowadays also comes to one of domestic top ten markets. Makassar, the province capital, has become a city with significant potential to play a role in developing the national car market. “We need to preserve a special opportunity to people in Makassar to enjoy various new car models with high and fresh technology that industry can produce right from the beginning of this year’s exhibition series,” said Mr Kukuh.

GIIAS Makassar Auto Show 2016 will take place in a new venue, at Four Points by Sheraton, Jalan Landak Baru No 130, Makassar. It is located at the heart of the city and in the middle of traffic veins. It is also close to a line of the biggest shopping centres and governmental offices. Thus, Four Points is easy for visitors— particularly those who have been waiting for the event— to reach.

After Makassar, GAIKINDO will continue 2016 exhibition series to Bumi Serpong Damai (BSD) City, where GIIAS the biggest auto show in Southeast Asia will take place from 11 through 21 August 2016. Surabaya will close the entire series in 28 September through 2 October 2016. (*)