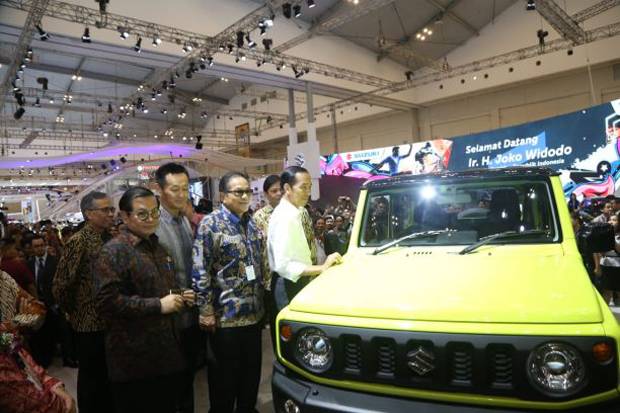 “The automotive industry is an important element of Indonesia’s economic drive, providing employment for 1.4 million workers in the country,” the President said in his remarks as quoted by Sindonews.

The global automotive industry has developed rapidly and a variety of the latest technologies have been created to facilitate public mobilization. The situation is in line with the theme of Beyond Mobility carried by GIIAS 2018.

“Indonesia now faces a variety of automotive challenges. The first is the widespread phenomenon of electric cars that have begun to be applied in various developed countries, including France and Britain, and China which has become one of the biggest markets for the electric car industry,” he said.

The President admits that the automotive industry plays an important role, namely as the second largest manufacturing sector. This serves as one of the five industries that attract the largest investment.

Organized by GAIKINDO, GIIAS 2018 will take place from 2-12 August. This event is the only GAIKINDO exhibition held regularly and continuously since 1986.