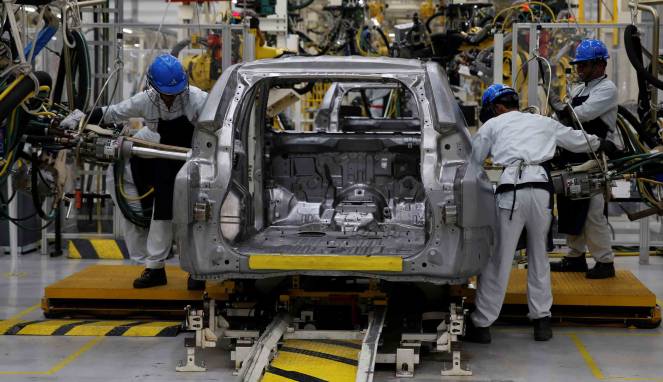 JAKARTA— It is estimated that three million workforces have been created into all lines of automotive industry in Indonesia. This figure was disclosed by Minister of Industry Mr Airlangga Hartarto in Jakarta recently. The creation of enormous workforces in the automotive industry can be seen clearly in the latest developments, namely the opening of a Mitsubishi car plant in Bekasi (West Java) by the end of April 2017.

The new factory, inaugurated by President Joko Widodo, was able to accommodate 3,000 workers. The amount is very significant in supporting the absorption of labor in the industrial sector in Indonesia. Prior to this, the Ministry of Industry has targeted to produce 220 thousand certified competent workers by 2017. This is to achieve the target of one million competent workforces required by industry until 2019.

The Minister of Industry cited the industry’s average growth of about five to six percent per year. Thus, it requires more than 500 thousand to 600 thousand new workers per year. This programme aims to improve the competitiveness of Indonesian workers in the face of the industrial era to four or often called industr 4.0. In that era, the production process in the industry is integrated with the internet.

“We hope this programme will improve the skills of Indonesian workers so that they have more competitiveness. We also want them to be introduced to industry 4.0 so that our workers will be able to adapt themselves easily,” said the Minister.

To strengthen industrial human resources through vocational education, the Ministry of Industry will re-launch the industrial vocational education programme in Central Java and Yogyakarta. Previously a similar program was launched in East Java at the end of March 2017. “In the second phase, there will be cooperation between 368 vocational schools (SMK) and 108 industries, gradually in West Java, DKI Jakarta, Banten and Sumatra North in this year, “said the Minister. (*)