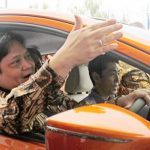 JAKARTA— The Ministry of Industry continues to spur optimization of installed production capacity (utilization) in the industrial sector. The step is meant to fill the domestic market so as not to curb imported products. In line with these efforts, the downstream policy is also increasingly encouraged to be able to increase the added value of domestic raw materials so as to encourage national economic growth.

“The government is reviewing restrictions on imports of several commodities. Such import substitution step is not a problem if the raw material exists and is able to meet domestic needs,” the Secretary General of the Ministry of Industry Haris Munandar said in Jakarta.

However, Haris stressed that the restricted import commodity should be oriented to the downstream sector. “Not the upstream ones, such as auxiliary raw materials and capital goods. Because the raw material is to meet the needs of the industrial production process that aims at increasing added value in the country,” he explained.

The Ministry of Industry is still waiting for a list of 900 commodities that will be restricted in imports from the Ministry of Finance. “Later once it has been reviewed together, it will be seen whether it is in accordance with the needs and conditions of the industry,” he added.

If the manufacturing industry’s activities run well, it is believed to bring a broad positive chain effect on the economy. The impact was, among others, foreign exchange receipts from exports so as to reduce the trade balance deficit.

Therefore, the Ministry of Industry is actively encouraging the entry of investments in the industrial sector that can substitute imported products. “With these efforts, it means that there is optimism that it can increase the performance and competitiveness of national industries. We also hope that the import substitution industry can develop significantly,” he said.

Of the Rp 122 trillion contribution, domestic investment (PMDN) was at Rp 46.2 trillion. Meanwhile, foreign investment (PMA) is able to penetrate up to USD 5.6 billion or IDR 75.8 trillion.

Previously, the Minister of Industry Airlangga Hartarto stated that injecting investors’ funds became a force for the national economy, moreover the industry was the main driver of the national economic growth target. “We also believe that this investment can strengthen the industrial structure in the country and can be a substitute for imported raw materials,” he explained.

Therefore, the government continues to be determined to create a conducive business climate that spurs increased investment in Indonesia, whether it is a new form of investment or expansion of business or expansion. “The government has now issued several policies to further facilitate the entry of investment both from within and outside the country,” said Airlangga.

These strategic steps include optimizing the utilization of fiscal facilities such as tax holidays, tax allowances, and exemption from import duties on capital goods or raw materials. “In fact, the Ministry of Industry has proposed a super deductible tax scheme for industries that carry out innovation and vocational activities,” he said.

In addition, the Ministry of Industry supports the acceleration of increasing the competence of industrial human resources through training programs and vocational education. (*)