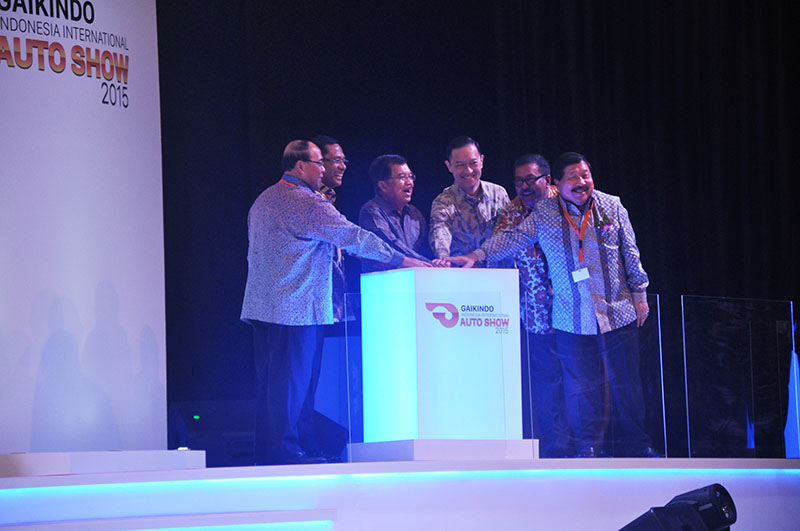 In his speech the Vice President proclaimed his support to the event. Amidst the slowdown in auto production and sales during the first semester of 2015, there must be extra efforts such as auto show to encourage growths. “And we are still thankful that export during that period remains the same as that in the previous year,” the Vice President cited.

That the production and sales of automobile experienced a downturn during the first semester of 2015 due to the existing economic condition, GAIKINDO Chairman Mr Sudirman MR said it also happens in most parts of the world these days. Like the Vice President, Mr Sudirman MR put it there is still a hope that the event can provides opportunities for the domestic car production and sales to recover through the second semester of 2015.

The Vice President stated that the Government appreciates the enormous contribution the national automotive industry has made to the national economy. There are several economic aspects triggered by the automobile industry. This includes, among others, job opportunities and taxes. “Automobile makes huge contribution to the Government’s income, especially in the big cities,” he said.